When my husband got orders for us to move to Fort Leonard Wood, MO, I immediately pulled up my Yelp app to see what restaurants were around that military base. And all 5 restaurants (totally kidding, but not really) near St Robert MO came up. Being the foodie that I am, I was pretty disappointed at the places to eat in St Robert Mo.

So I wanted to give you a quick run down and the honest truth about some of the best and just okay St. Robert, MO restaurants that might be worth trying (if you’re into that kind of food).

Places To Eat In St. Robert, MO That Might Be Worth Your Money

You may or may not have already had an experience with the following restaurants. However, I’m just going to list them in no particular order. And if you hated one of the restaurants I listed, then you might’ve had one bad experience or your taste buds are just different than mine.

I’m kind of mad that I didn’t start eating at Hoppers until we were here for two years because their food is so bomb. The two things I get from there all the time are their spicy hot wings and bourbon burger.

If you see some of their not-so-good-looking food on Yelp, that’s because those pictures are poorly taken and don’t do their food justice. Check out a photo of their amazing bourbon burger I took here.

I love Korean food and there are about 4 Korean restaurants in St. Robert, MO. One actually just recently opened called Koba Korean BBQ. And you can read my review here (it’s not a good one). All of the other Korean joints in town take cash only and I know for sure Koba Korean BBQ and Cafe Korea have an ATM inside.

Call me bias but I used to serve at this restaurant when I first moved here so I’ve seen the cleanliness in the kitchen, the preparation, and dish-washing. And being Korean from South Korea with amazing chefs in my family and trying Korean food all over the states, I like to think I know what ‘authentic’ Korean food tastes like and this is the best place to get it.

The biggest complaint you’ll see throughout the Google and Yelp reviews is that service is slow. That’s because the owner is typically the only server or waitress there. She has a hard time finding reliable and loyal waitresses (no surprise being in this area) that don’t steal from her cash register and not showing up the next day.

Definitely give this Korean restaurant in Saint Robert a try and you can read more of my detailed review of Bulgogi House here.

If you like Chicago-style hot dogs and wings, this is the place for you. You get a bang for your buck here and the owner is the sweetest man!

There’s an ATM inside because he only takes cash. Don’t expect to sit down and eat at Callies because there’s no sitting available. You can read my Yelp review of Callies here.

You’ll read that El Cabrito is considered more authentic by the Hispanic community. And when my husband and I originally got to Saint Robert MO, we definitely went to El Cabrito more often. However, after trying Cantina Bravo, we both favored their food much more. Cantina Bravo‘s fajitas and their grilled vegetables are perfectly grilled and not soggy (or overcooked). And it’s also not nearly as salty as it is at El Cabrito.

With El Jimador, I went there once during lunchtime and I wasn’t impressed.

Carnivores has some really good BBQ. I wouldn’t go as far as to say they have the best BBQ, but it’s pretty dang good for being around here. And they have an extensive drink menu and have Latin night which is apparently popping.

Also, be prepared to take a good nap after you eat here because their food is pretty heavy.

Ichiban is the only hibachi restaurant in Saint Robert MO. So you don’t have many options unless you’re cool with driving an hour and a half to Springfield MO for a better option.

The two things I don’t recommend getting from here are raw sushi rolls and hibachi meals to-go. And I’ll tell you why.

The first few times I tried their raw sushi, I didn’t have issues. Then, recently I’m not sure if it was a bad batch or not, but it messed my stomach up so bad I was basically peeing out of my butt. And I don’t think anyone enjoys that.

Also, my husband and I ordered their hibachi meals-to-go several times and they skimp you out on their meats. The chicken looks rubbery like it’s been boiled instead of grilled and their steak has been chewy more times than not. But if you eat their hibachi at the restaurant, you get the most food for your money and it’s actually pretty decent.

If you want better quality sushi but might have to pay a little more, I definitely recommend Glassico. Their menu options are pretty limited and hoping they add more to their menu in the future.

The two main things they’re known for are sushi and ramen. However, their ramen isn’t anything fancy like the ones you get from bigger cities. But you have to remind yourself where you’re at and come back to reality. Glassico is definitely one of the better places to eat in St Robert MO.

Ocean Buffet is probably one of the worst Chinese buffets I’ve ever been to in my life. You might ask why I put this crappy Chinese buffet in my top places to eat in St Robert Mo and that’s because their hibachi is something you will crave from time to time.

If you want some good Chinese food, just get a hibachi plate to go and maybe a small to-go box of other assortment of things. Ocean Buffet is not the place you want to waste your re-feed days on.

Z Bar & Grill is a restaurant that is attached to the Z Loft hotel. It’s a little past McDonald’s on Z Highway and it’s definitely one of the better places to hang out with friends, drink, and eat in St Robert MO. You can read my review here.

They also have karaoke nights I believe on Friday nights. Their menu options have changed over the years we’ve been in Saint Robert. But their food quality has still been great.

Okay. China Buffet might actually be the worst Chinese buffet you’ll ever go to. I can’t really say much because I haven’t actually tried their buffet. But if you go inside and look, then you’ll know what I’m talking about.

However, the food you order from their menu isn’t all that bad. It’s definitely not the best Chinese carryout (and it’s safe to say none of the restaurants above will be the “best” you ever had). The few things I get from there are the boneless spare ribs combo, Szechuan shrimp, Mongolian beef, and sweet and sour chicken.

You can read a more detailed review here.

You might be a little disappointed that there are like no places to eat in St Robert MO but hopefully, you find something you enjoy in this small town. And if you’re coming from even a smaller town than this, then this might be a luxury for you.

Try out these better of the few St Robert MO restaurants that I listed in this post. And worst-case scenario, turn to Pinterest for recipe ideas or you can always take a trip to Springfield MO for better restaurant options.

This post may contain affiliate links, which means I’ll receive a commission if you purchase through my links, at no extra cost to you. Please read full disclosure for more information.   My husband and I have the furthest thing… 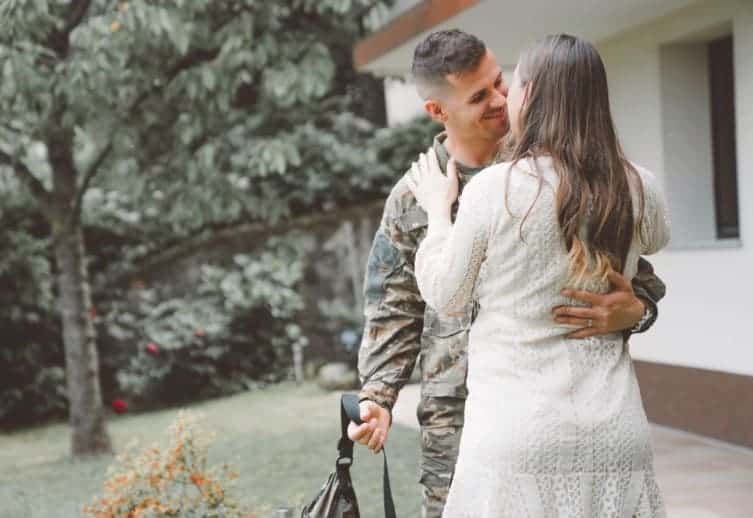 This post may contain affiliate links, which means I’ll receive a commission if you purchase through my links, at no extra cost to you. Please read full disclosure for more information.   The military wife life can either be a…