I was honestly fortunate that my maternal rotation in nursing school lined up with my second trimester of pregnancy. Therefore, I was able to learn a lot about my pregnancy and not be completely lost at my OBGYN appointments.

What does “let-down” during breastfeeding mean?

Have other moms told you about a time their nipples leaked when they heard their baby or someone else’s baby cry? This is due to the let-down reflex.

According to Healthline Parenthood, it’s a reflex that occurs when nerves in your breasts are stimulated (commonly as a result of your baby sucking).

Basically, the let-down reflex during breastfeeding is a process where milk is released from the breast. And after this reflex, milk becomes available for your baby to nurse.

This is how I think of the let-down process:

Is having a breastfeeding let-down normal?

A let-down reflex during breastfeeding is completely normal and just a natural way for your body to respond to certain stimulation.

It’s also normal that some women don’t feel the actual let-down process and others experience an overactive let-down. But just because you don’t feel it happening doesn’t mean milk is not being released from the breast.

Some reliable signs of a healthy and functional let-down that KellyMom goes over are uterine cramping during let-down in the first couple of weeks after delivery, changes in baby’s sucking pattern from short and choppy at the beginning to long, rhythmic feeding, and baby swallowing more often.

How does it feel when you’re having a let-down?

Your boobs will feel engorged, meaning it’ll feel hard and filled with milk.

And another thing to note is that it won’t happen in both breasts simultaneously. What I mean by that is that your right boob might have a let-down but your left side won’t.

You might have a let-down before, during, or after a feeding. It doesn’t necessarily have to be right before a feeding every time.

Typically for me, I felt the process when my baby would suck for a couple of minutes or hear her cry. It feels like a rush of breastmilk filling up in my boob.

And I knew it was a let-down because my daughter’s short and choppy sucking transitioned into rhythmic swallowing.

Sometimes if you have an overactive or forceful let-down, your baby might choke or cough (which has happened a lot). And every time we had a choking incident, I sat her up and patted her back.

What things can hinder the ability to have a let-down?

If you’ve had some sort of breast surgery- nerve damage may interfere with let down.

Tips To Help You Facilitate A Let-Down

You might’ve heard that placing a warm compress (this thing is seriously the best thing ever) can help with clogged ducks. The same concept goes in facilitating a let-down reflex.

Some other tips is to take a deep breath, relax, take a hot shower, drink some water, or massage your breasts prior to nursing.

Everything You Need To Know About Breastfeeding Benefits And Challenges

There’s a whole list of breastfeeding glossary out there but I wanted to go over some common terms you’ll want to get familiar with.

When milk ducts get clogged where breastmilk can’t flow freely. It’ll feel like a hardball and if left unresolved, it could result in mastitis (I’ll go over that below).

Also known as “liquid gold” is a thick, yellow substance that is loaded with nutrients that help fight off diseases and promote growth. Your body produces colostrum as early as 16-22 weeks of pregnancy. It’s your baby’s first “feed” until your breastmilk comes in around 3-5 days after birth.

A type of breastfeeding pattern where feedings are close together. Typically babies feed every 2-4 hours (depending on their age). But during cluster feedings, your baby will eat more frequently than usual then go a few hours without nursing. This pattern might last a few days.

An uncomfortable feeling of breast fullness due to breastmilk.

When your baby nurses when they’re hungry rather than on a set schedule.

The first liquid part of breastmilk is watery in consistency (hind milk is the more milky, white consistency with higher fat content).

Foods, medications, or supplements that increase your milk supply.

Creamier, white substance that comes after foremilk that is higher in fat and calories.

The process of milk production.

The attachment of your baby’s mouth to your breast in order to nurse.

It’s when the tissue behind the baby’s upper lip is too short and tight which makes it difficult for them to nurse.

It’s a bra made specifically for breastfeeding; typically has a clasp on both straps that can be unclipped to make it easier to breastfeed.

Absorbent nursing pads during breastfeeding that’s inserted between the bra and breast to prevent leakage.

Inflammation of breast tissue resulting in breast pain, swelling, warmth, and redness. This breast infection can sometimes go away on its own but it’s best to see your doctor. You’ll experience flu-like symptoms and will want to breastfeed on the affected side (in order to drain the clogged duct).

The hormone responsible for milk production.

When a baby spits up what they just swallowed (different from throwing up).

An active sign that your baby is hungry. Your baby will move their head around for a nipple to latch on to.

This is when there’s an extra tissue on the bottom tip of the tongue that connects to the floor of the mouth making it difficult to breastfeed. 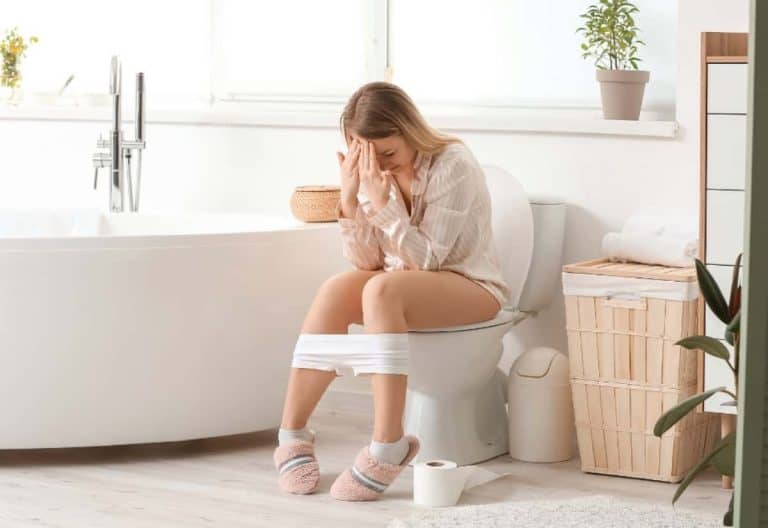 Talking about bowel movements or poop might not be many people’s “thing”. Nevertheless, it’s a natural part of human life and something that women who just gave birth tend to worry about including c-section moms. I personally thought I was… 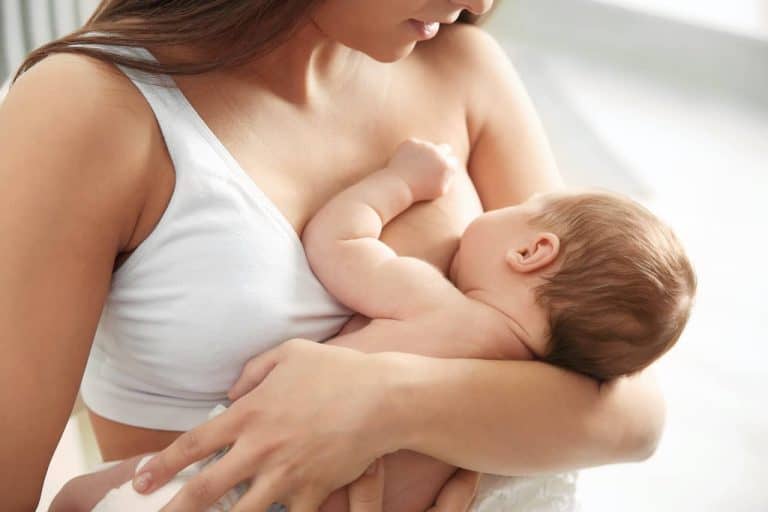 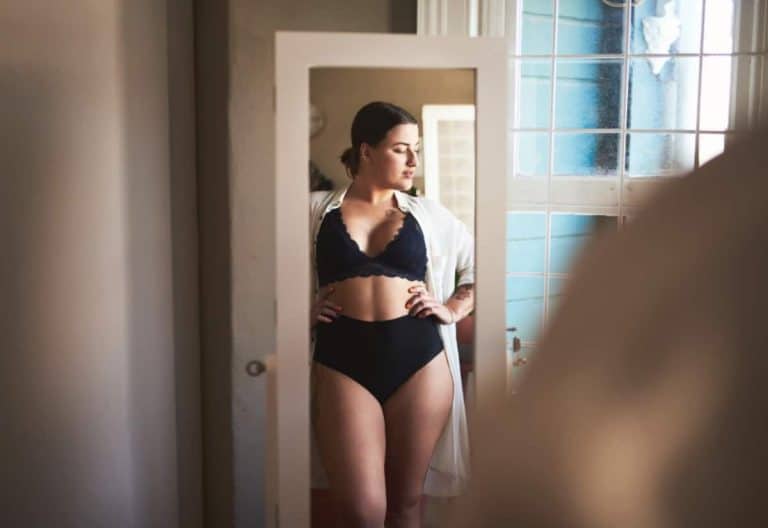 It’s super normal and so natural to not feel like yourself anymore after becoming a mom. And also not embarrassing whatsoever if you caught yourself googling how to feel prettier, ways to make myself feel better, ways to feel more… 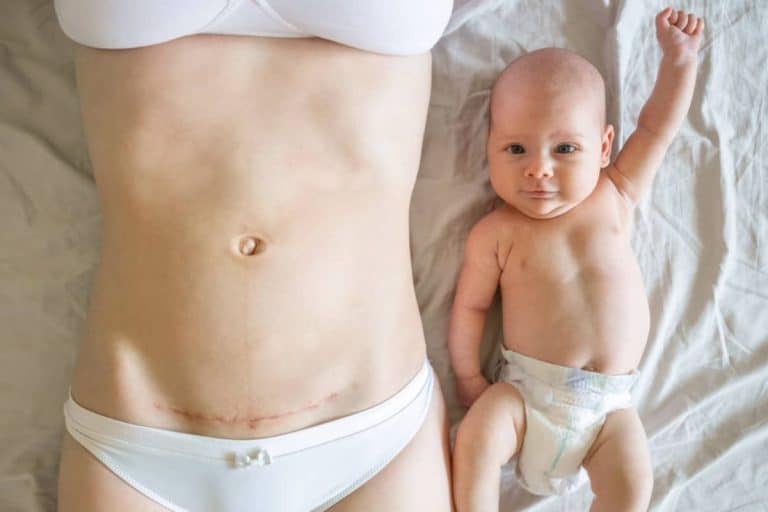 I honestly did not think I’d have to have a c section procedure. And that’s because I was actively preparing for a vaginal birth. When I was preparing my hospital bag, I had packed all of my perineal care products… 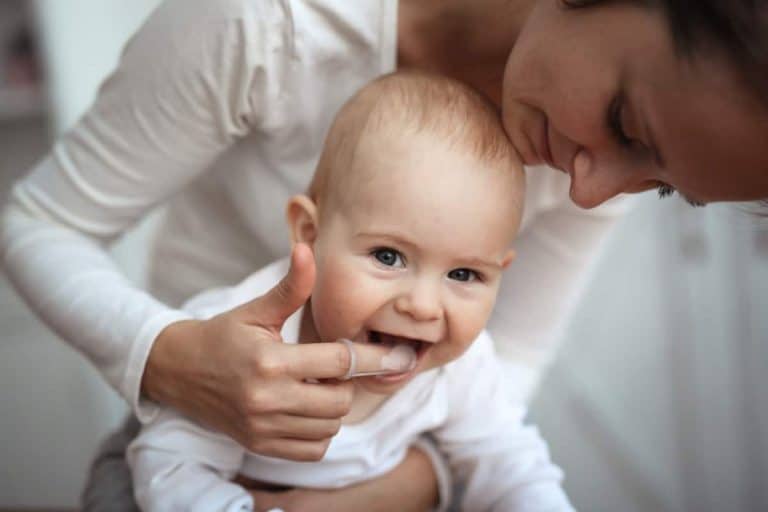 Have you noticed your baby is extra fussy or harder to console lately? It’s probably due to teething. And you might’ve come across that already and have searched day and night for teething remedies for babies. Fortunately, the majority of… 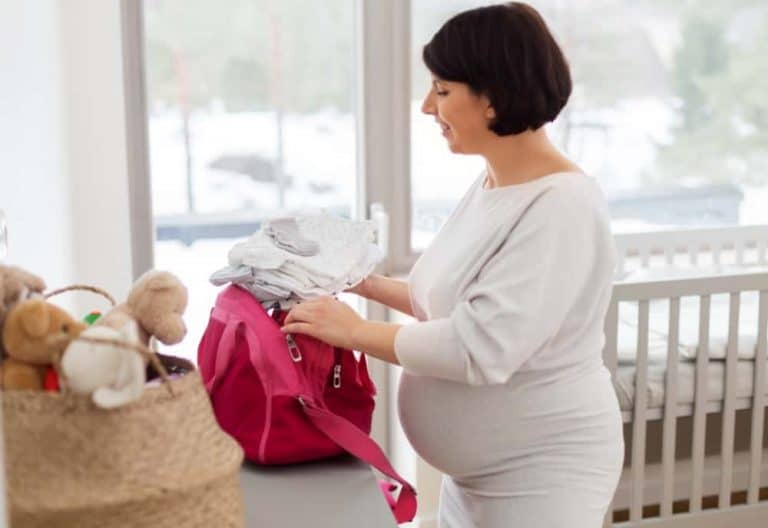